Williams Baptist College has announced an estate gift that is expected to be the largest in the school’s history. WBC President Tom Jones announced Tuesday that Jonesboro resident and Williams alumnus Clifford Toney left the bulk of his estate to the college.

The announcement was made at the Arkansas Baptist State Convention, which is taking place this week in Hot Springs. Toney passed away at the age of 57 in August, following a lengthy illness.

“We are honored to announce to you today that Clifford’s last act of stewardship benefitted his beloved alma mater. Almost all of his multi-million dollar estate will help fund several key strategic projects that will allow WBC to offer an even higher level of service to its students,” Jones announced.

The WBC president said the estate is still being processed, and an exact value will not be known for several months.

Toney, a 1980 graduate of Williams, was a successful local businessman and was well known as an auctioneer around Jonesboro.

“Cliff Toney was a fascinating man with a quick wit, an outgoing personality and an abiding Christian faith. He is sorely missed by those of us who were privileged to know him, but we are delighted that his legacy will live through his generosity to WBC,” said Brett Cooper, vice president for institutional advancement at Williams. 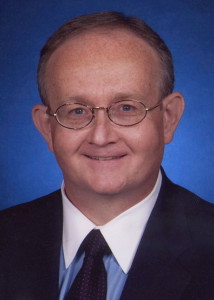