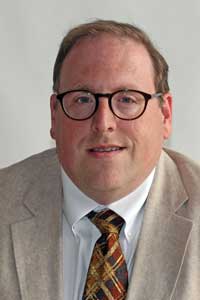 Dr. Rodney Harris, assistant professor of history at Williams Baptist University, has been awarded the Lynn E. May Study Grant from the Southern Baptist Historical Library and Archives in Nashville, Tenn.

“This grant will allow me to use the materials in the Southern Baptist Archives this summer to continue working on my project entitled “Brooks Hays and Southern Moderation,” says Harris.

Hays was a politician from Arkansas who served in Congress from 1943 until his defeat in 1959. He was defeated due to his attempts to broker a moderate course of action during the Little Rock Central High Crisis.

Hays also served in the Southern Baptist Convention as chairman of the Christian Life Commission, a precursor to the Ethics and Religious Liberty Commission, and was then elected president of the SBC.

He later went on to serve as an advisor to both Presidents Kennedy and Johnson, as well as teaching at Rutgers and leading the Ecumencial Institute at Wake Forrest University.

Harris will present “Brooks Hays and Southern Moderation” at the annual meeting of the Southern Historical Association in November. “It is part of a larger project I am working on, a biography of Brooks Hays, that I hope to get published,” said Harris.

The grants are in memory of Lynn E. May Jr., who served as executive director of the Historical Commission from 1971 to 1995 and who was instrumental in the establishment of the Southern Baptist Historical Library and Archives.

Williams is a Christian, liberal arts university in Walnut Ridge.