Williams Baptist College recently received $2.9 million from the estate of Jonesboro businessman Clifford Toney.  Toney, who died in 2015, was an alumnus of WBC and bequeathed the bulk of his estate to the liberal arts college in Walnut Ridge.  It marks the largest gift in Williams history.

“Cliff Toney was a great friend to Williams Baptist College, and his generosity will continue to be an incredible blessing to Williams and its students well beyond his life.  We are humbled and extremely grateful,” said WBC President Dr. Tom Jones.

Toney, a 1980 graduate of Williams, was involved in a wide range of business endeavors around Jonesboro, including a prominent auction service that he operated for a number of years.  He died in August 2015 at the age of 57, following a lengthy illness.

Most of the estate involved personal property and real estate that has been sold at auction in recent months.  It included several prominent parcels of real estate in Jonesboro.  Toney was also an avid collector, and he left a wide array of cars, musical instruments, jewelry, coins and antiques, as well.

Jones said the Toney estate will help fund capital improvements at the college, including a new residence hall that will be completed this year, and he said the gift is a major help as WBC moves forward on several fronts.

“Williams is expanding its academic programs and continuing to upgrade its facilities to meet the needs of our students.  Mr. Toney’s generosity is helping WBC take major steps forward as an institution,” he said.

Jones thanked a number of people who helped with the estate gift, including former Williams President Dr. Jerol Swaim, who served as the estate executor, and Bobby Gibson of the Waddell, Cole, and Jones Law Firm, who assisted in the legal aspects of the estate.

“We extend our deepest appreciation to Dr. Swaim and Mr. Gibson, as well as many others among Mr. Toney’s extended family and friends who assisted in our efforts,” Jones said.  “It has been a pleasure working with them.”

WBC is a four-year college with an average enrollment of 500 students.  It was founded in 1941 and celebrated its 75th anniversary last year. 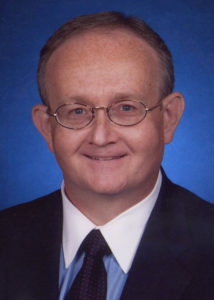